Join the Police | Be a Force For All

Join the Police | Be a Force For All

• Police Now is working with government, the Home Office and police forces across England and Wales on how to support the uplift in police officers committed to over the next three years, via the Join the Police campaign

• The Police Now National Graduate Leadership Programme is multi-award winning in the graduate recruitment space including recognition for their diversity and inclusion strategies.

• You’ll be there is Police Now’s national campaign to recruit high-achieving graduates from diverse backgrounds to become the next generation of leaders in policing.

• Striving to recruit a more representative and diverse police force and improve the public’s confidence and trust in policing. 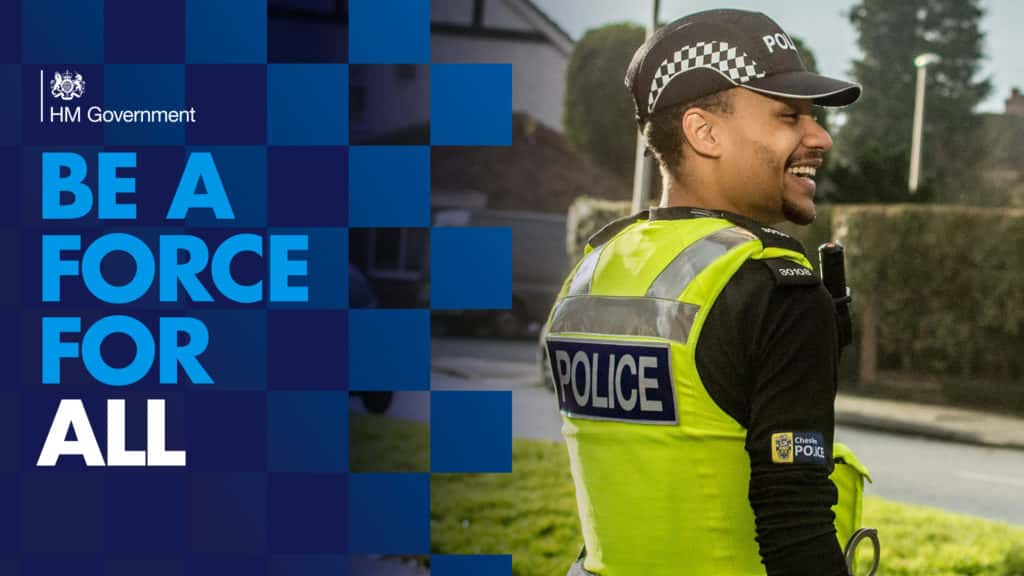 The campaign supports the national recruitment drive following the Prime Minister’s commitment to increase police numbers over the next three years.

Police Now strives to transform communities by inspiring, recruiting and developing leaders in policing who are representative of the communities they serve.

Join the Police: A force for diversity and inclusion

Since 2015, Police Now has recruited, trained and developed over 950 police officers, posting them into neighbourhood policing roles in some of the country’s most deprived communities.

Of those who started the National Graduate Leadership Programme in 2019:

• 17% are from a black, Asian or minority ethnic (BAME) background.
• 50% identify as female.
• 13% identify as LGBTQ.
• 51% are the first in their family to go to university.
• They graduated from 77 different academic institutions with 20 unique languages spoken across the cohort.

“Last week we launched our marketing campaign You’ll be there and opened for applications for our National Graduate Leadership Programme 2020, working in partnership with police forces around the country. This summer we saw our largest and most diverse cohort of graduates complete our Summer Academy and join police forces around England and Wales. These graduates are leading positive change and are driven to transform the communities around them. We plan to build on this success in 2020 to support the Police Service in its uplift plans.”

“I joined the Police Now National Graduate Leadership Programme because I wanted to make a difference to vulnerable people who often have no-one else to turn to. I wanted to influence culture and drive positive change because of some of the perceptions and interactions I had had with the police and Police Now has enabled me to do this.
I’m delighted to feature in both the Home Office and Police Now marketing campaigns, to support the uplift in police officers across England and Wales. My role is to be there, to support those who open up and trust me and the campaigns reinforce the importance of this in policing.”

The You’ll be there campaign has been developed by Police Now and appears online in Facebook and Instagram, and in radio and print advertising across England and Wales.

A new website has also been set up to help potential recruits apply for police  officer roles with more information and allow them to apply for Police Now National Graduate Leadership Programmes online. 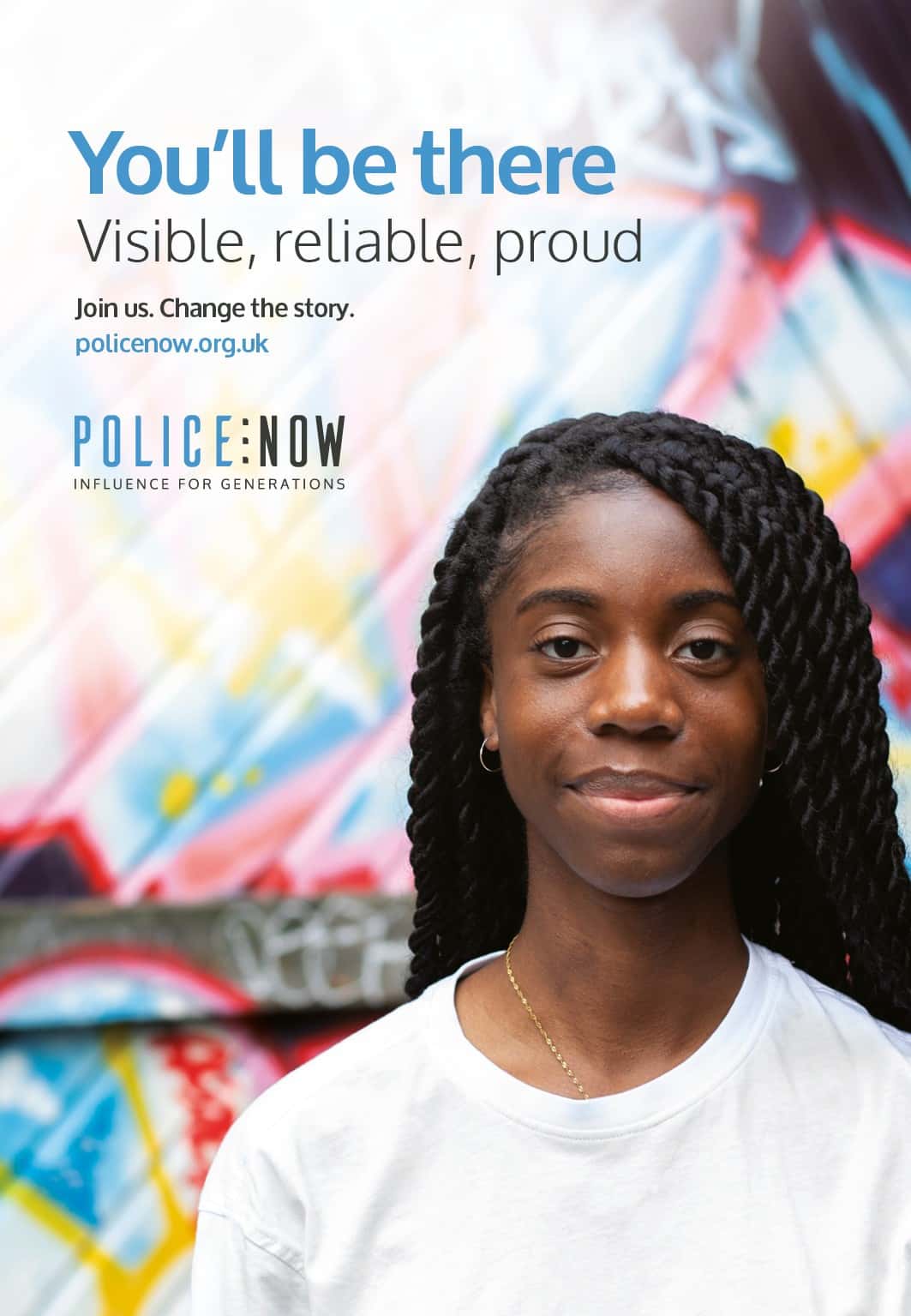