Transforming communities as a performance athlete

How I juggle being a police officer and full-time triathlete:

Recently we caught up with Molly who is a neighbourhood police officer for Queens Park, Kilburn. She joined the Police Now National Graduate Leadership Programme in July 2019. Although there is no need to be a top-level performance athlete to complete the programme, we’re sure you’ll find her story fascinating and inspiring. Molly shares her commitment to her role transforming communities, with her dedication to her triathlon training.

When I first started the Police Now National Graduate Leadership Programme in July 2019, the expression ‘you won’t be able to do that in the police’ was one I heard many times. And what they mean by ‘that’ is triathlons. I am a triathlete who, although being very new to the sport, has big dreams of becoming a World Champion and be selected to represent Great Britain in the Olympic Games.

I train roughly 12-14 times a week, depending on the type of training sessions, whilst working a dynamic shift pattern. Luckily for me, the police station I parade from, Kilburn Police Station, has a gym in the basement which is perfect for me as it means I can train before and after work….much to the sheer horror of my team, I have been known to be spinning at 04:00 allowing plenty of time to shower, change, eat my body weight in food, study some legislation before my shift starts…some people call it madness but for me, it’s just ‘normal’.

Another benefit of being a triathlete and a police officer is…..dominating foot chases. I actually highly recommend anyone who is/or thinking about becoming a neighbourhood police officer to really build on stamina and endurance, particularly as the kit weighs around 2 stone (yes we measured it a few days ago!). Foot chases don’t happen often but when they do, it’s so important to be fit and strong enough to be able to keep up and catch the fleeing individual. I mean, you don’t need to be Usain Bolt but it 100% helps!

I remember one time, after a five-minute foot chase running through the maze that makes up one of the many council estates in Kilburn, I caught up with the individual who was panting heavily, beads of sweat coating his face and he said ‘what are you?’ My advice for him was ‘if you want to try to outrun the police, I would recommend building your fitness and stamina!’

I also find that being active is a great way to bond with your team. I often train with my colleagues and it’s also great for offloading any stress post shift. I feel being active and having a hobby is a perfect and healthy distraction from the job.

Since starting the Police Now National Graduate Leadership Programme I have competed in Leeds Castle Standard Distance and despite falling into the water, swimming the wrong way and forgetting where my bike was, I qualified for the World Championships. I also qualified for the European Championships during Brighton and Hove standard distance triathlon and placed 3rd in my first ultra-marathon, first lady in a half marathon resulting in being selected to take part in a high-performance training camp in Mallorca.

This year I am competing in Ironman Bolton, my first ever ironman and have been selected to compete in the UMUK 515. The UMUK 515 is an invitation-only, gruelling three-day event that starts with a 10km swim followed by a 145km bike,  a 276km bike on the second day and an 84km run on the third and final day. Excitingly no British woman has ever crossed the finish line, and if I do, I will make history. I then, in 2021 will focus on standard distance triathlon and pursue my dreams of both the World Championships and The Olympics.

I have had many people tell me I am mad to do the volume of training while being a dedicated neighbourhood police officer. But just as many people have also congratulated my success and admired my commitment to both my job and the sport. In all honesty, I absolutely love being a neighbourhood police officer and love being a triathlete. And while juggling both can be hard, I would never choose between the two as both mean the world to me.

Being a neighbourhood police officer is exceptionally thrilling and exciting and being a triathlete is my identity. 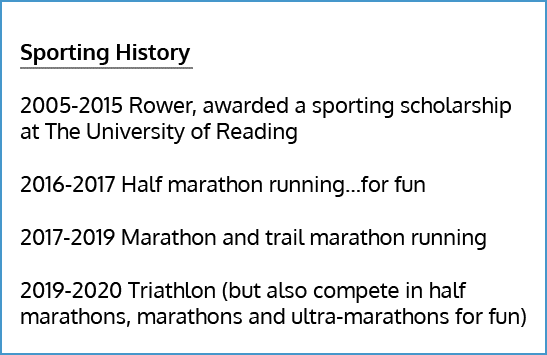 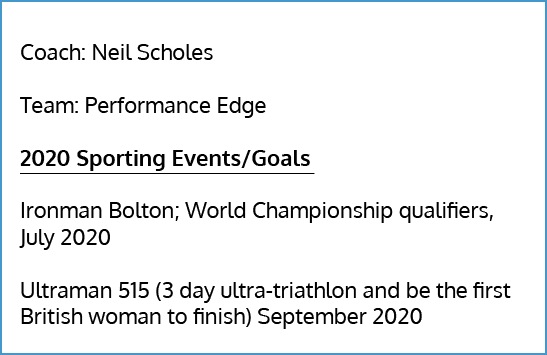