PC Zeeshan and PC Higgins of Greater Manchester Police explain their motivations for joining the force. PC Higgins joined after working as a ride host at Alton Towers and PC Zeeshan joined from a Biomedical Sciences background, now using his language skills to help in his neighbourhood policing role.

Police Now is working in partnership with the Home Office and police forces across the country, including Greater Manchester Police, to recruit outstanding officers to the police service in support of the national Police Uplift programme.

The Police Uplift programme has recruited more than 11,000 of the 20,000 new police officers pledged by March 2023 – 965 of which joined via Police Now, and with over 150 further officers due to begin their academy training in March. 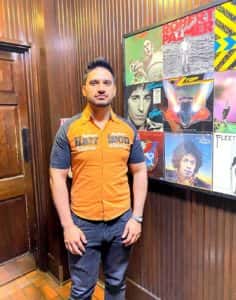 He said: “I originally specialised in Pharmacology, but I decided I didn’t want to be working in a lab all day long, I wanted a job that would get me out and about. Although my degree was not in policing, I think it’s important for policing teams to be made up of people from all different kinds of backgrounds. We often approach problem-solving in different ways, and we are stronger because of it.

“I have found that my language skills have been useful, too – I speak Urdu, Hindi, Punjabi and English. For example, we recently pulled over a car which had some issues with its backlights. It was a minor issue which we wanted to alert the driver to and make sure they got fixed. However, the individual didn’t speak strong English and was getting nervous. I was able to quickly de-escalate the situation and make them feel at ease when I found out he could communicate in Urdu. It’s small things like this which demonstrate how important all kinds of diversity within policing are.”

Police Constable Sophie Higgins also joined last year via Police Now’s National Graduate Leadership Programme, after graduating with a degree in Criminology and working for a year at Alton Towers as a ride host.

She said: “I was interested in the criminal justice sector, and I did some work experience in a prison. But it made me realise that I wanted to prevent people from going to prison in the first place, rather than working in one all day.

“I think that’s why a neighbourhood policing role appealed to me, you can tackle crime at its roots and help vulnerable members of our society. I am already planning some work with local schools, to educate students on the dangers of knife crime and work on early-intervention projects. I can’t wait to become even more embedded within my community.”

Police Now has partnered with Greater Manchester Police for five years and recruited a total of 214 police constables and 22 detective constables to the force to date via Police Now’s programmes.

Applications for the National Graduate Leadership Programme have now opened, including for Greater Manchester Police and neighbouring force Cheshire Constabulary, alongside the launch of the Home Office’s new advertisement campaign which calls on people to ‘join the police to make a difference.’ The structured, two-year programme supports graduates in neighbourhood policing roles across England and Wales.

Clare Power, Police Now’s Recruitment and Marketing Director, said: “We believe that neighbourhood policing is vital in supporting some of the most vulnerable members of our society. In a neighbourhood policing role, officers can become leaders in society and work alongside residents, local organisations and charities to reduce crime and transform a community into a safe and thriving place to live.

“In order to achieve this, it is crucial that our police service reflects the communities it seeks to serve and that we recruit outstanding graduates and career-changers to become leaders on the policing frontline. Only when the police has a workforce that is diverse, in both thought and background, can we lead real change in society and be the difference we wish to see.”